The Fatal Cost of Medical Errors

As compared to the rest of the world, Americans by far suffer the greatest number of medical errors (also known as "iatrogenics").

A statistical study of hospital deaths in the US conducted at the University of Toronto revealed that pharmaceutical drugs kill more people every year than are killed in traffic accidents.

Another study concluded that a staggering 210,000 deaths per year were associated with preventable harm in hospitals.  Given limitations in the search capability and the incompleteness of medical records, the true number of premature deaths associated with preventable harm to patients was estimated at more than 400,000 per year.(1)  Some estimate that the number of deaths due to medical error is the equivalent of what would occur if a jumbo jet crashed every day, and 3 times the number killed each year in US traffic accidents.

The quality of health care is so poor in the US, that in a recent comparison of 13 countries, it ranked 12th - second from the bottom - behind Japan, Sweden, Canada, France, Australia, Spain, Finland, the Netherlands, the UK, Denmark, and Belgium.(2) 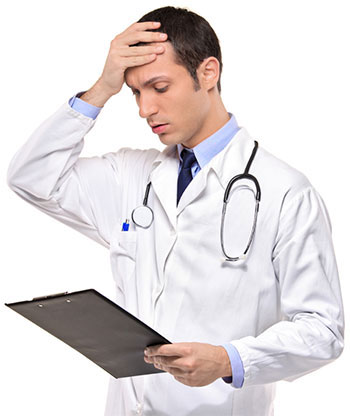 Common medical errors in the US include:

Medical care is killing us at alarming rates, and adverse effects from prescription drugs tops the list.  US patients with chronic conditions are the most likely to say they were given the wrong drug.

Instead of encouraging patients to follow natural solutions such as dietary changes, stress reduction, and more exercise, the medical system encourages unnecessary procedures, surgeries, and medications.  An estimated 30% of all medical procedures, medications, and tests may be completely unnecessary, even more significant when considering that the cost of medical care runs into the tens of billions each year.(3)

The toxic US healthcare system...

Many prescribed medications lead to secondary health problems and side effects that often result in even more medications.