Not eating factory-farmed meat does not mean you have to give up meat.  Far from it.  It is about eating meat responsibly and understanding that we need to do what is morally and ethically right, not what is convenient or cheap.

The meat we eat should always be sourced from animals who have been humanely treated and pasture-raised, eating the grass it was biologically meant to eat.  Animals on feed lots in factory farms are now fed a diet of genetically modified corn or soy filled with dangerous chemicals.  37% of pesticides produced are used in agriculture alone, and each bushel of corn eaten by cattle has been treated with over 1 gallon of oil-based fertilizers.  This translates to meat that is not only inferior in nutrition, but that is also dangerous for our health.

Because of the degeneration in how animals are treated in US factory farms, it has fallen to the responsibility of the American consumer to help generate the change necessary to protect both our health, and protect the lives of those animals now simply viewed as a commodity.  Unlike governments of other countries that ban US factory farming practices due to the health issues and animal cruelty involved, the US government has too many political ties to the agricultural industry to make the necessary change.

But knowledge is power, and thanks to the many documentaries and whistle-blowers that have worked tirelessly to expose unethical factory-farming practices, we now know that animal abuse and unsanitary conditions are rampant at these institutions.

By making responsible meat choices, we do our part in reducing and eliminating the horrors of factory farming.

The tragic world of factory-farmed meat...

6 Steps to Making the Right Choice

The more you make the decision to not buy factory-farmed meat (also known as "feedlot meat"), the less sales these unethical facilities make, the less they will produce, and the less animals will be inhumanely treated and pumped with hormones and antibiotics in deplorable living conditions.  Until one day, the factory farming practices in the US will also be banned as it is in other civilized countries.  (yes... I'm referring to the US as being uncivilized and barbaric in its approach to raising animals on factory farms).

Let's make a commitment to eat our food in an environmentally responsible manner that no longer contributes towards the degeneration of our own health, our environment, and towards horrific acts of animal cruelty. 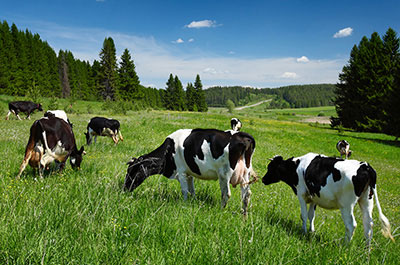 Only purchase eggs from chickens that have been raised on open pastures.  When it comes to choosing eggs, you have the choice to either buy in supermarkets or natural health food stores, from local farmer's markets, or from local farms in your area.  In general, the choices are much better at natural food stores as opposed to supermarkets that stock most of their eggs from commercial egg farms where chickens are abused and inhumanely treated.

Commercial egg operations almost always kill all male chicks shortly after hatching.  They are considered "of no use" to the egg industry because they do not lay eggs and are not bred to grow as large or as quickly as chickens used in the meat industry.  These male chicks are usually killed using suffocation, gassing, and grinding (sometimes alive, as we have seen in recent undercover documentaries).  Hundreds of millions of male chicks are killed like this each year at hatcheries throughout the US.

Eggs from pastured chickens are far superior in nutritional content.

Always try to buy organic.  This way you can ensure you are not buying meat, eggs, or dairy that contain antibiotics, hormones, steroids, pesticides, and other harmful chemicals.

Avoid eating meat in excess.  Aim for small quantities, at a maximum of 2-3 times a week.  Meat should never be a staple in the diet, but rather supplement a staple of:

When it comes to choosing meat, pay close attention to the labeling.  In an effort to try and convince the growing body of the skeptical US consumers that their products are better than they really are, some meat and dairy manufacturers are now pasting the phrase "all-natural" on their meat, which is often no different from the cheaper meat counterparts... except that it costs more!  The consumer ends up paying extra for low-end meat cuts, and are also fooled into thinking the meat is not factory-farmed.

Many farms that sell "all-natural" products are factory farms, with animals raised in the same deplorable conditions and fed the same highly processed and unnatural feed products.

Unless meat, poultry, and eggs bear the "Certified Organic" seal, the following terms have no form of verification whatsoever, and therefore should not be trusted as accurate:

If you think you cannot afford organic, think again.  When it comes to purchasing meat, organic and free-range options may cost more than factory-farmed meat, but by cutting back on the amount of meat you eat, and by making smart purchasing decisions, the cost trade-off more than balances itself out.

The small amount of extra cost is worth your health.  Not only are are you no longer supporting institutions that promote animal cruelty, but you are also are making a healthier decision for yourself and your family by not eating meat contaminated with dangerous chemicals or diseased tissue.  ...Read more

As time goes by, the average American is eating more and more meat, and the farm feedlots respond to the demand by pumping out more and more meat at cheaper prices.  Factory-farmed meat is designed to generate the most meat per animal at the highest profit possible.  Because the profit margin is so low that factory farms need to sell very high quantities of meat to make a profit, they cut corners on important areas such as sanitation, animal welfare, and living conditions where animals are unable to engage in natural behaviors or have the appropriate quality of life.

Eating excessive amounts of meat is associated with the skyrocketing rates of chronic disease.  We eat far more meat today that we did 50 years ago.  The meat and dairy industry, along with supplement manufacturers providing high-protein diets, emphasize the need to eat far more protein than our body needs.  Cheap meat encourages people to eat much more of it, at the expense of their health.

Have you ever wondered why Eskimo tribes and other cultures ate a diet very high in animal products, and yet long term health studies showed them to be free of heart disease and high cholesterol, whereas the meat we eat today contributes to serious cardiovascular conditions? 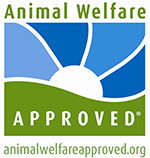 When it comes to purchasing meat, poultry, and eggs from the supermarket, it can quickly become a confusing choice when faced with many different labels plastered over the containers and cartons.

Let's take a look at what some of these labels mean, and how some may "sound" like a deceptively good choice but are not.

If the eggs you purchase do not contain any label at all, then assume the worst:

***NOTE:  There are two labels that sound alike but are very different: