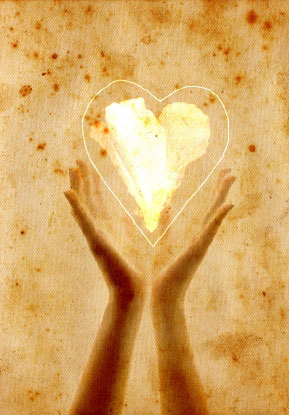 Ayurveda originated in India during the Vedic period, and is considered one of the oldest healthcare and disease prevention systems in existence in the world.

The word “Ayurveda” comes from the ancient Indian language called Sanskrit.  It translates to life (meaning "ayu") and knowledge/science (meaning "veda") – knowledge of life.  Preserved from ancient Sanskrit texts, Ayurveda is considered a branch of Indian philosophy which is also the science of healing based on man’s response to his environment.

Similar to Oriental medicine, Ayurveda has been heavily researched and documented throughout the centuries, continually evolving with use.  It was founded on the principles of accepted western medicine, including  pharmacology and physiology.

Ayurvedic colleges and universities teach 8 branches of medicine which originated from the Ashtanga Hrudaya:

The basic principle of Ayurveda is to prevent illness by maintaining balance within the body, mind, and spirit.  This is done by adjusting the general lifestyle, diet, activity level, stress level, and other lifestyle factors that may create an imbalance.  If the imbalance is not addressed, disease results.

There are two types of Ayurveda:  Traditional and Maharishi.  Maharishi Ayurveda is based on translations from the classical texts by Maharishi Mahesh Yogi, who was considered the founder of Transcendental Meditation (1917-2008). Although both forms of Ayurveda are very similar, Maharishi promotes the use of transcendental meditation. (TM) to tune into the natural rhythms of the body, and as a method of experiencing an enlightened state of being.

Ayurveda as a system of healing is growing in popularity as more and more people are leaning towards a more natural  and non-invasive form of healing, as opposed to the aggressive nature of modern healthcare and the many toxic pharmaceuticals it relies on and promotes.

Let's take a detailed look at principles of Ayurveda, including the 3 doshas, gunas, dhatus, srotas, and agni, and learn about the special type of "pulse diagnosis" that Ayurvedic practitioners use to diagnose an imbalance.

In Ayurveda, all living things (including human beings, animals, plants, etc.) are seen as being made up of the 5 primary elements:

These five elements are a materialized form of universal energy known as “prana."  As we are all a composite of these 5 elements, any imbalance of these elements within the body or surrounding environment will, in turn, affect the health of the body.  Each of these 5 elements has the ability to combine with another element to form 3 different combinations, called “the three doshas” (also known as “tridosha").  These three unique combinations of each of the five elements within the body determines our metabolic constitution, characteristics, and personality traits.

The main principle of Ayurveda states that physical health revolves around maintaining a balance of these doshas, and that all imbalances and diseases within the body occur due to the disturbance of their equilibrium.  This balance can be restored using different Ayurvedic treatments.

The many different Ayurvedic treatments...

One of the 4 ancient holy scriptures of the Hindu religion (known as the four Vedas) is called Atharva Veda, and focuses on the healing aspects of spirituality and living.  Atharva Veda contains references to the digestive system, metabolism, anatomy, and descriptions of diseases, as well as the bacteria that cause them.  It also describes the three doshas as being subtle elements within the human body that are responsible for its functions.

Just as everyone has a unique thumbprint, in Ayurveda, each person has a distinct pattern of energy that translates to the unique mix of the three doshas.  Usually one or more of the doshas are dominant in each individual.  The ratios vary and are what accounts for our uniqueness and diversity.  When the three doshas function in harmony, we are healthy.

Many factors can disturb the dosha balance such as stress, an unhealthy diet, the weather, and strained work/family relationships.  If not recognized and addressed, such disturbances will lead to an elemental imbalance, which can eventually be expressed in the body as disease.

Rather than the western approach of medicine (disease creates illness), Ayurveda follows the premise that an illness is the result of a dosha imbalance (either lacking or excessive) which in turn interrupts the natural flow of prana.  This disruption is outwardly expressed as a health condition.

An Ayurvedic doctor will recommend a treatment plan to help stimulate and re-balance the doshas based on an understanding of the individual.  A body who maintains the equilibrium of the doshas will not be susceptible to bacteria or viruses, and even when surrounded by them, they will be unable to survive within the body.

The concept of the doshas helps to explain why individuals with the same illness may respond differently to a given treatment plan.

Qualities of the 3 Doshas

Known as "qualities of nature," the 3 gunas are the essential components of the mind.  They determine the nature, beliefs, and perceptions of each individual on the basis of their psychology and bodily constitution.

Similar to the combinations of doshas within the body, the mind has a combination of gunas.  Individuals are dominated by one or more gunas.

The goal is to transcend the self to achieve balance and purity of mind, to experience the subtle energy of a Sattwic mind.

The 7 dhatus are the basic tissues which maintain and nourish the functioning of the body, as well as carry away waste.  There are also 3 malas which eliminate waste from food.  Collectively, the dhatus and malas remove the waste materials produced as a result of various metabolic activities in the body.

The proper amount of each dhatu and their balanced function is very important for good health.  Each dhatu is developed out of previous tissue of which plasma is the base.  If the plasma is not healthy, then all other tissues will be affected.  Diagnosis of the doshas helps determine which dhatu is experiencing an imbalance.

Proper elimination of waste is important for good health, and an accumulation causes disease within the body.  Excessive functioning of the malas (e.g. excessive sweating) can trigger health conditions such as acne or fungi.

The srotas are the different types of circulation channels responsible for the transportation of different materials through the dhatus and malas.  They carry nerve impulses, solids, liquids, gases, nutrients, waste products, and secretions in and out of the body.

There are 13 internal channels, and within these, 3 channels connected to the external environment (via food, water, and breathing).  Any kind of excess, deficiency, or blockage in these channels can result in disease.

Considered the metabolic energy of digestion, the agni are the various enzymes responsible for the digestion and transformation of food.  They transform the dense, physical food we eat into the subtle and vital energy we need for vibrant health.

There are many different types of agni which are used by the various systems of the body.  The quality of the agni (whether they are too weak or too excessive) depends on the balance of the doshas.

Why enzymes are so important...

Ayurvedic therapies are tailored for each individual.  An Ayurvedic doctor first gains a detailed understanding of the life of the individual, including their health history, any current medications, environmental surroundings, relationships, eating habits, exercise habits, nutrition, emotional, and psychological state.  They will also conduct a "pulse diagnosis.  This is not the same pulse listened to by western doctors:

Diagnosis will also include an observation of the patient's non-verbal behavior such as movement and voice.  The appearance of the eyes, nails, skin, tone of voice, lips, and tongue are also observed.

Treatments are commonly organized to represent one of the 5 senses, especially as treatments are often required to stimulate one or more of these senses:

In addition to the 7 treatments listed above, meditation, yoga/exercise, and breathing techniques are often also incorporated into a treatment regimen.

A cleansing and detoxification therapy called pancha karma may be recommended which uses 5 different treatments to release toxins from the body, and to restore the doshas to their state of balance.

Healing therapies...
In This Section