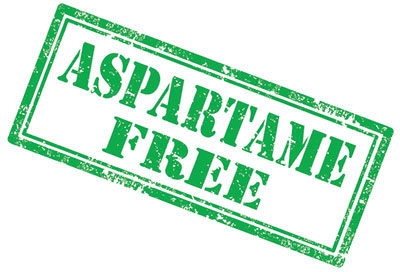 Also called sugar substitutes, artificial sweeteners are products that are used to sweeten food and drinks instead of natural sweeteners or refined sugar.

Artificial sweeteners may be low/zero calories and may not contribute to cavities, but that does not mean they are healthy.  Artificial sweeteners have been linked to serious health problems, and when we eat foods or drink liquids containing them, they come at a consequence.  There is nothing natural or health-enhancing about these products at all.  Synthetic chemicals are not what the body was built to metabolize.

Why natural sweeteners are a better choice...

The Center for Science in the Public Interest cautions everyone to avoid common sweeteners because they are unsafe consumed in large amounts, or are very poorly tested and not worth the risk.  No long-term independent human studies have been completed on any of these substances to determine their effect on the body, and yet we do know they can harm us.

In a US study of 18,000 people, consuming one or more artificially sweetened diet drink per day increased their risk of acquiring metabolic disorders by 30 to 40%.

Artificial sweeteners don't get absorbed by the body.  They are artificial chemicals that simply sweeten foods.  But when taken over a long period of time, studies show that they affect how the body responds to normal sugar (or glucose) by causing higher sugar spikes and longer blood glucose level declines (caused by the pancreas over-producing insulin).(1)&(2)

Let's take a look at the most common artificial sweeteners available today and the brand names they are sold under:

Aspartame is of particular concern because it contains phenylalanine (50%), aspartic acid (40%), and methanol (10%), three well-recognized neurotoxins.  Phenylalanine can concentrate in the brain and excessive levels may disrupt serotonin levels, causing mood and personality changes.  Aspartic acid increases nerve cell stimulation, which can lead to the development of chronic nervous system disorders.  Methanol distributes throughout the body, metabolizing into formaldehyde.

At least 90 different symptoms are associated with consuming Aspartame, including:(3)

Aspartame has also been linked to chronic pain experienced by fibromyalgia sufferers.(4)   Even though these symptoms are very disconcerting, fortunately most of them are alleviated once aspartame use is discontinued.

Dr. John W. Olney, a neuroscientist from the University of Washington and an authority on excitotoxins warned that Aspartame, when tested on mice, created holes in their brains.

A study published in the journal Environmental Science & Technology found that artificial sweeteners are appearing in rivers, lakes, and in our municipal tap water.  In 2009, Swiss scientists took water samples from various waste-water treatment plants, four rivers, and nine lakes in Switzerland and tested them for the presence of artificial sweeteners.  They found acesulfame-K, sucralose, saccharin, and cyclamate in the water tested.  All four of these chemicals are found in diet sodas.

A recent test of 19 municipal water supplies in the US revealed the presence of sucralose in every one.