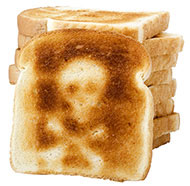 Low carbohydrate diets are diets that significantly restrict carbohydrates, with the result of increasing protein, increasing fat, or a combination of both.  Even though there are many low-carb diets in varying degrees on the market today, the more popular ones include the Atkins diet, the South Beach Diet, and the Zone diet.  On these diets, carbs and many foods are very restricted in the beginning, becoming progressively less restricted as you move through the phases and reach your desired weight.

Diets that don't have enough carbohydrates almost always causing intense cravings.  The reason for this is simple.  Carbohydrates are the primary fuel that the body requires to function optimally, with glucose being the only fuel that feeds the brain.  One of the biggest (and dangerous) pitfalls in the diet world today is belief that carbs are bad for us and that we should avoid them.  Carbs are the fuel that the body needs to survive.  It is how nature manufactured our bodies, and no matter what anybody or any diet tells you, without the right carbohydrates, your health will not only suffer, but your energy levels will decline.  By stripping your body of many high-carb foods from nature, you also strip it of thousands of phytochemicals and antioxidants that strengthen the immune system and protect our bodies from disease.

Fat is NOT the Body's Primary Fuel Source!

Unfortunately, on carb restricted diets, the intense cravings lead to binging of the worst kind of carbohydrates, namely breads, cookies, candy, pasta, rice, processed foods, and other unhealthy carbohydrates that are highly addictive in nature.  To try and suppress this craving, low-carb dieters often gorge on dense high fat foods and protein in an attempt to fill the carbohydrate void.

Diets high in fruits, vegetables, nuts, and legumes not only provide us with the highest quality carbohydrates, but also give us the lowest risk of heart disease, diabetes, cancer, and obesity (the top killers in the world today).  This is because they are naturally nutrient dense, full of the vitamins, minerals, and antioxidants that our body needs to sustain health.  They are also high in healthy carbs.  Low-carb diets are not only going to be low in these vital nutrients, but will be higher in protein and fat.  High protein diets can lay the foundation for all sorts of health issues (including osteoporosis, and other bone-related disorders) as it is primarily an acidic diet, and high fat diets create, well, high fat.  Regardless of whether the fat is from a unhealthy or healthy source, too much fat is still too much fat. 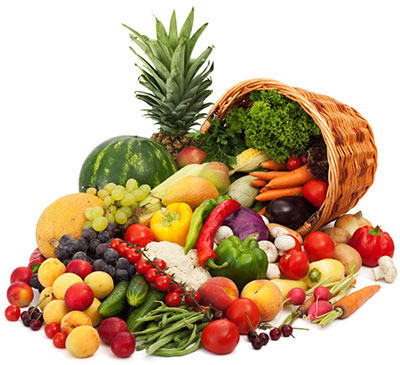 Are some carbs bad for us?  Absolutely!  It is the refined, highly processed carbohydrates full of artificial chemicals that are unhealthy.  These are the carbs that should be removed from your diet... not the healthy carbs from nature.  Not only do these carbs damage your body, but processed and refined foods in general contain artificial chemicals called excitotoxins, ingredients that cause the body to crave even more of the food.

When the body is forced to switch from using glucose (carbohydrates) as a primary fuel source, it initially burns through protein stores for a short period of time.  The liver then begins converting fat into ketones, and in this state of ketosis, the body primarily burns fat.  This constant state of ketosis produces toxic by-products known as acetone and ketones in large quantities.  The kidneys use potassium and calcium to eliminate these toxins from the body via urination - when large quantities of calcium are needed, it is leached from our bones and teeth.

Forcing the body to adapt to the sudden onslaught of acetones and ketones directly affects our health, with symptoms such as:

The weight loss experienced on low-carb diets happen because of two reasons:

Short-term weight loss due to cutting out the good carbs as well as the bad looks like a quick fix, but it is at the direct expense of your health.  The body continues to cry out for the carbohydrates it was built to thrive optimally on.  Carbohydrates are vital for essential bodily functions.  There are thousands of macro and micronutrients only available in fresh fruits and vegetables that the body is deprived of.

As many previous Atkins dieters will share, it is extremely difficult to maintain a diet so high in protein and restrictive in carbohydrates.  Many do it in a desperate attempt to lose weight, only to give in to carb-binging and quickly return to their previous weight or more.  The continual craving for carbohydrates often causes people to feel anxious and aggressive. 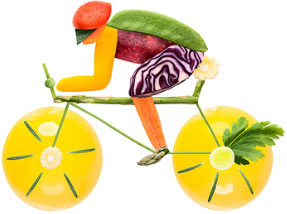 Critics and sports nutritionists claim that far from improving athletic performance, carbohydrate-restrictive diets significantly impair performance and cause serious health problems.  When you deplete muscle glycogen on low-carb diets, you increase muscle fatigue and muscle catabolism (metabolism of your own muscle protein).

Additionally, your liver is exposed to extra stress as it is now forced to manufacture the glucose it needs from fats and proteins, instead of from carbohydrates which is the preferred, easier source.  In this conversion, potentially toxic amounts of ammonia are produced as proteins are converted into glucose.

When it comes to sports performance, if the body is forced to utilize fat as a fuel for energy, these fats burn far more slowly than carbohydrates.  The fat-burning zone is a slow zone, not appropriate for intense weight training, or any type of threshold or interval training.

Some of the most successful athletes in the world (including Olympic gold medalists, world-class tennis champions, and body building champions) not only fill up on healthy carbs, they are vegetarians and vegan.

There are many long-term dietary studies such as The China Study that demonstrate correlations between high amounts of protein and cancer, heart disease, and strokes.  That high protein diets (especially highly processed protein diets) can be very acidic and contribute to osteoporosis and other bone-related conditions has been well documented.

Why is it that some traditional cultures such as the Inuit Eskimos ate a high protein/high fat diet, yet researchers who conducted studies over extended periods of time documented that the Eskimo tribes suffered none of the healthy issues common today?  The answers may surprise you:

When considering low-carb diets, take into account the following:

It is always a warning sign when any food you eat contains a long list of ingredients that you do not recognize, and many low-carb packaged foods on the market today are little better than their processed counterparts - they simply have less carbs.

Get off the diet merry-go-round for good!...