How to Avoid GMOs at the Market

How to Avoid GMOs at the Market 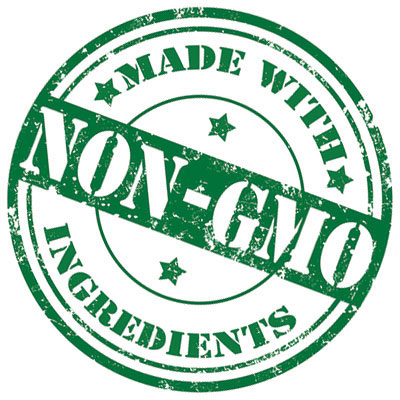 Within the US, unless you are eating organic foods, the chances of you eating GMOs is very high.  Food experts estimate that over 75% of foods in the grocery stores contain GMOs, and that this number is steadily growing.  They fill the packaged and frozen food sections of the store, with two main ingredients being the big culprits:

Up to 85% of US corn is genetically engineered.  Nearly all corn in packaged and processed foods is produced with genetically modified seeds.  Corn and corn derivatives can be found in almost every processed food category, including candy, snacks, frozen meals, tortilla chips, canned foods, condiments, diet bars and diet foods, "health" foods, and deli meats.  It can also be found in many commercial pet foods.

Up to 91% of US soy is genetically engineered.  Another heavily produced GMO, processed soy and soy derivatives are just as common.  It fills vegetarian and vegan fake meat, cheese, and butter, and is the main ingredient in soy ice cream and soy milk.  It is also a hidden ingredient in countless processed foods.

Let's take a look at some of the most common soy and corn ingredients on food labels that are very likely to be genetically modified:

The Easiest Way to Avoid GMOs

Since US law does not require labeling of GMOs, whereas laws in many other countries do, those who want to avoid them can do so by:

But the absolute best way to avoid GMOs, and to give yourself the biggest gift when it comes to your health, is to completely avoid buying refined foods - especially diet foods that are filled with the worst kind of rubbish.  Make most of your purchases fresh fruits and veggies (organic, if possible), nuts, seeds, organic sprouted grains, and organic meat, eggs, and pasture-raised dairy.  GMOs will then no longer be something you have to worry about.

The exception is if you live in Vermont after July 2016.  Congratulations to Vermont!  In a landslide victory in April 2014, Vermont became the first US state to win the battle to label GMOs.  Labeling goes into effect July 1st, 2016.

The labeling requirement comes with another benefit:  Foods that contain genetically modified products can no longer carry the term "natural."  As the FDA does not regulate use of the word "natural" on food product labels, companies are currently left to the own devices to use the word any way they like, and they slap it all over products that are far from healthy.  Preventing its use on GM products is a huge victory alone!